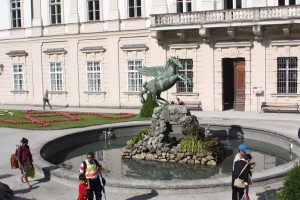 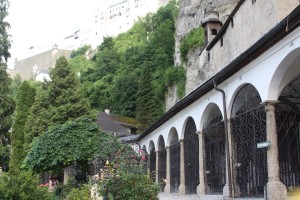 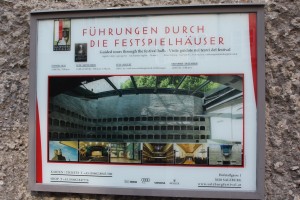 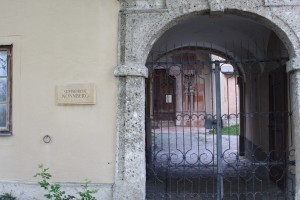 I had mentioned in a previous post that our travel plans and itinerary were working smoothly. I must have jinxed us. The plan was to travel on Tuesday by train from Prague to Salzburg. This required a change of trains in Ceske Budejovice in the southern part of the Czech Republic. There was a 10 minute connection time. Shortly after boarding in Prague, the conductor came around to inform everyone that due to track work and a line closure up ahead, we would need get off at a stop, and they would detour us by bus around the track work and put us back on the train to continue to Ceske Budejovice. Right away I could tell that this would not bode well for our connections. Upon getting off the bus, we found that no trains actually went directly to our intended destination, and we ended up in Ceske Velenicia an hour after we should have been in Ceske Budejovice. Transferring there to another train to Ceske Budejovice required more layover time, but we made it there, only to find after a 30 minute layover that the train to Linz was 20 minutes late!
One silver lining on the cloud was a delightful older couple from California that we met while sitting on the train platform in Ceske Budojovice mulling thing over. They were here, just traveling around Europe freely, going where they wanted. For the older lady, this was her 33rd trip to Europe! She had noticed my New Balance tennis shoes, and she came over to tell us a story about how 25 years ago on one of her first trips to Europe her fancy New Balance shoes helped her get some badly needed train tickets she was having problems obtaining. The couple joined us in the coach and we talked the whole way to Linz.
The original plan was to arrive in Salzburg shortly after noon, spend the afternoon tracking down the Sound of Music filming sites, and then head out in the morning for Munich and the Dachau concentration camp. By the time we arrived in Salzburg, it was after 5 pm, so we figured we would do the first half in old town Salzburg in the evening, and do the rest in the morning. Something had to be dropped, so I begrudgingly crossed the Deutsches Museum off the list. This is a must-see museum, but not this time. The museum has some original scientific equipment, but it was not a critical stop on this trip as far as the grant was written. Karen and I both want to get to Dachau, so we will have to cut the museum.
We stashed our luggage in the lockers at the train station and set out on foot. We managed to find find Mirabell Gardens (the Do-Re-Me steps and fountain), the Horse Pond (Maria sings “I Have Confidence” here), the Rock Riding School, now The Festival House (where the family sings in the musical festival), Residenzplatz (Maria sings here on her way to the villa. You also see Nazi soldiers marching through here later in the movie), the Nonnberg Abbey (the children go to see Maria and ring the bell at the gate. Also where the nuns disable the Nazi cars at the end), and St. Peter’s Cemetery (flight scene where the family hides, only to be discovered by Rolf). Wednesday morning we will try to find three other filming sites and then head to Dachau.
We are staying in the home of a widow who was originally from Canada, so her English is nearly perfect, eh? She has a nice apartment that is about a 15-minute bus ride from the train station.